I just heard from Amazon that Taken by Storm's Kindle conversion is done!! Hooray, hoooooray!! It's THIRTEEN days and counting until my big Tenth Anniversary Celebration, and it would be a huge flop without that new Storm ebook. Panic. Prayers. More panic. More prayers. It seems those panicked petitions for divine intervention worked. The new, READABLE, Kindle ebook will be live on Amazon in 12 hours or less. Cue "Celebrate good times, come on!" from KC and the Sunshine Band. (Best dance song everrrrrr!)

But now I can relax and countdown the days with more reminiscences from "Storm's Story" from my old website that sadly passed away on Saturday.

Before I go on to the next post from my website, I have a confession. A story I've kept to myself. I left Vermont College in July 2002 with another piece of the mosaic that became Taken by Storm. I had a rough draft of a poem tucked in my files that recorded a sacred experience I had late one night in my tiny VC dorm room. 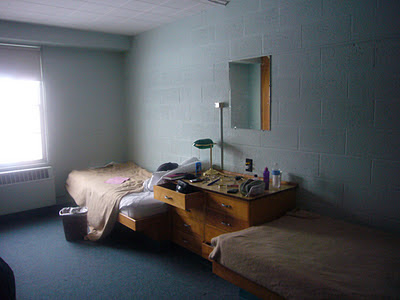 The heart of the Vermont College residency experience is workshop. The students are placed in groups of about 15-20 and are required to submit around 20 pages for critique. Two faculty members are assigned to each workshop group. Each workshop session, groups critique two writers. It's not a hostile time for people to show off how brilliantly they can tear apart someone's work. It's an intense, creative session when all these wonderful writers use their brilliant minds to help you make your piece the best it can be. Writing is all about revising, revising, revising. This kind of feedback and is rare and invaluable.

For my first workshop, I submitted the opening chapters for Time Assassins (now titled, Slipped, and on submission at several publishers). It's a YA romantic adventure now, but back then it was written for middle grade boys. I didn't even know what YA was.

I'd given the main character panic disorder, and the group agreed it didn't fit. The main character was traveling in Switzerland with his outrageous Aunt Wiggy (who, by the way, now stars in the middle grade boy book I just finished--The Order of the Flick). Louise Hawes--amazing author and teacher who co-led the workshop with Sharon Darrow--wanted to know why I'd thrown something so serious into the mix.

I told them about my grandmother on my mom's side who suffered from panic attacks and rarely left her bedroom, let alone the house. She was Valedictorian of her class at Ricks Academy and a vivacious, fun mom until her third child was born.

Then she, as my mother always used to say, "got sick." She went to the state mental hospital, an expensive sanitarium in California, and then back home to her bedroom where she ruled from her bed. Her mother, my mom's grandmother, moved in to look after the children. Louise Hawes challenged me to write about that.

That night my brain wouldn't turn off. As I went over and over comments and suggestions people had made and prayed and pondered about the direction I should go, I felt closer to my grandmother than ever before.

When I was a child, Grandma Mary was a sick old lady in a nursing home or a mental hospital or another nursing home. We lived far away, so I didn't visit her often. But I inherited the family histories she'd gathered (maybe wrote) and loved her for passing all those pioneer stories down to me. I lived far away when she pass away and didn't get to attend her funeral.

As I thought about her and the talents I'd inherited from her, a vision of Grandma opened in my mind. Perfect. Glowing. Beautiful. She blessed my efforts and then left. Overwhelmed. I reached for paper and scribbled.

I no longer have the rough draft, but the poem survived and became Leesie's heart and soul. I built scenes and conversations and more scenes around that poem. For years it was the only poem in Taken by Storm. It was pivotal in Michael and Leesie's relationship. I decided Leesie had to be a poet, so I could incorporate my grandma poem into the story's mosaic--which, eventually, led me to collaging the entire manuscript and writing all of Leesie's narration in free verse poems.

Two years later I graduated from Vermont College just weeks after we'd moved from Canada to Switzerland. My family wasn't able to attend the ceremony. I walked across the stage to receive my degree while a VC faculty member read Leesie's words, "Happiness flowed out of her, filled me up. Tangible--like you could pour it from a pitcher." Tears filled my eyes. My Grandma Mary was with me again.

In honor of my Grandma Mary and the continuing inspiration she is to me, here is Leesie's grandma poem, "She Comes to Me," from Taken by Storm, Chapter 10, "Unfuddled."

She Comes to Me

I lie in darkness
spent of tears,
tired of sleep,
close to soft memories
alive in her fuzzy sweater
draped on my chair.
I wrap my heart
in pastel patchwork
pieced by her hand,
my tired mind, empty,
open--

She comes to me,
a pure and shining presence,
knocking on my soul,
defogged, unfuddled,
reveling in perfection,
spilling joy that
embraced my sorrow,
she smiles
and waves
farewell.

This summer I'm turning to my mother's story. After years of researching, I finally have the key to it. I'm excited and know my grandmother, from the other side, will be there when I need her again.
Posted by Angela at 2:10 PM