The Mormon Angle May Pose a Problem

Now on to the next chapter of how Michael and Leesie made it onto the shelves and into your hearts. It sort of amazes me that a mere seven months after I sent the manuscript to Lexa, I was writing about my visit to New York and the ARCs going to press.

"The Mormon Angle May Pose a Problem"


I feel like I was in NYC a thousand years ago, instead of just a couple of weeks. We’re still in transit. Last week I got to go to BYU’s Writing and Illustrating for Young Readers Workshop. Excellent. Check it out. They hold it every June. [It's no longer held at BYU, but it is still excellent.]

It’s was a lot of fun to visit Penguin, meet Lexa’s publisher, Ben Shrank, and talk to their publicist. And Lexa and I got to go to lunch and have a good chat. [This was the famous chat where Lexa told me they wanted me to write Unbroken Connection for different characters. I refused. And that led to Sing me to Sleep. Blessing in disguise?] The galley copies, officially titled, “advance reader copies,” have gone to press. [See? I'd never even heard of an ARC!] Now all I have to do is write my dedication and acknowledgements. Such a miracle.

This whole thing has been a miracle.

She fell for Michael just like I’d hoped. I sent her the query and then settled down to finish the revision. I queried a few other likely prospects I dug up, too. It usually takes a couple months to hear back. Often times, much longer. I heard from Lexa the very next week. Here’s her e-mail:

I really enjoyed reading this sample.  Your writing is terrific--
evocative, rich and accessible too.  I showed it to my boss and he also
liked it.  I should warn you: I worry the Mormon angle may pose a
problem here.  But that said, we definitely want to read the whole
thing-- so could you please send?

Thanks, and happy Friday!
Lexa

Terrific!!!!  Worry??  But, still TERRIFIC! And those magic words the unagented, unpublished author lives for, “read the whole thing.”

Happy Friday indeed!  Thanks so much for your kind words. I'll have this revision slicked up by the end of next week and will fire it off to you then.

I understand your hesitation re the Mormon stuff.  I appreciate your honesty. I know it is a tightrope. That's why Michael is the main character and handles the bulk of the narration. (I have a version completely in his voice.) All my mentors at Vermont College and critique buddies were not Mormons. I had a lot of valuable guidance on how to write this so it entices rather than turns off readers. All Mormon girls outside of Utah end up dating non-Mormon guys. I've tried to make my depiction of a relationship between a bereaved atheist guy and a Mormon girl who thrives on divine guidance as honest and realistic as possible. I ruthlessly cut anything that sounds preachy. I want Mormon and non-Mormon girls, alike, to fall in love with Michael and relate to Leesie.

But, I can talk about this forever. (I wrote my VC critical thesis on the subject.) Far better to show you. I'll send you my "Lexa-ized" revision ASAP.

Against all odds, I got a second request for TAKEN BY STORM from another editor that same day. I finished the revision and on December 6, 2007, sent my precious baby out there to face the storm. 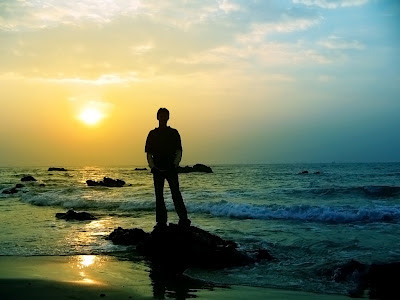