The Taken by Storm Calendar

I had a nice long phone conversation with the retired orthopedic surgeon I told you about. He was so nice. So helpful. All the info he gave me is kind of overwhelming. I need to go back to the beginning and add details here and there to make the medical stuff more realistic. So that's what I'm working on today and tomorrow. I should get to the next chapter tomorrow, though. I'm itching to write that. Nothing new today. Just pages and pages of notes. I like to act right away on changes I need to do because I've learned new details. Otherwise I forget. Or my notes don't make any sense when I go back to them.

And I can't decide what to write next. I'd love your input. Leesie poem processing everything that's happened so far as she goes to sleep? Or Michael dive log the next morning? Or Leesie poem next morning? I think I need to give Leesie a chance to react, but it is kind of Michael's turn and 4/28 has gone on forever. What to do? What do you guys think?

Speaking of 4/28. You might be wondering how I know what the date is. As I wrote Taken by Storm, I came to a point where I needed to map out the dates on a calendar. I wrote Michael's dive logs and those all needed to have dates, so I made up a handwritten calendar. And then when I revised it into a collage novel using Michael's dive logs, Leesie's chapbook, and the internet chats, I had to date all the chats, too. There is no year attached because Michael and Leesie's story takes place in fictional "present." But as Michael and Leesie's story stretched across more than one year, I had to add a second August-April. Eventually, I'll add through the end of the summer (at least).

My copy of the calendar is a vital tool for me now. I often worry when I can't find it. I've kept it carefully now for years. I wanted to post it and share it with you, but it's also nice to know it will be safe in cyberspace where I can't misplace or it can't burn down or anything. Some of my colleagues use calendar programs on their computer, others use a big office calendar. I have these very worn, very wrinkled scribbles.

Calendars and timelines are the most important pre-writing I do. I loathe outlining and exercises like writing out what your character has in his closet or her purse. Bleck. I get my characters talking in my head and go from there. I tend to write, write, write, and then go back and figure out the time. And then I have to revise. The more I can map events out on a calendar, the less of a mess I make--at least with the authenticity of the timeline in the story.

That's another thing I need to do right now--which is why getting this medical info is so vital. I needed to  know the stages of the healing process for all Leesie's injuries and when she will be better. Michael wants to take her diving!

When I wrote my historical YA that I'm trying to find a publisher for right now, I found authentic, accurate calendars of the exact years my book covered and used them. But Michael and Leesie? They have their own time. 20ML1 and 20ML2! Okay. Here's the calendar that got me through Taken by Storm, Unbroken Connection and now, Cayman Summer! 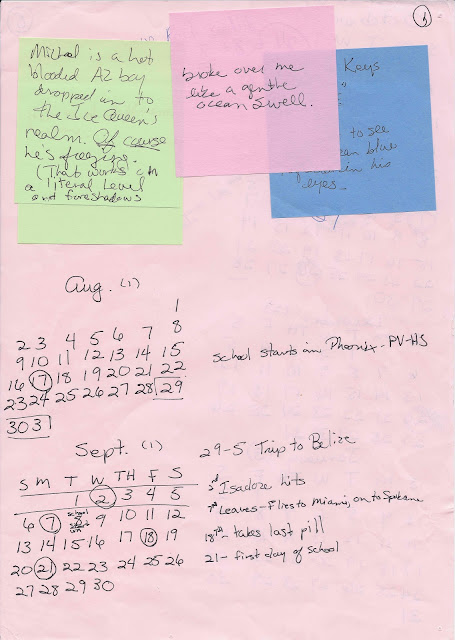 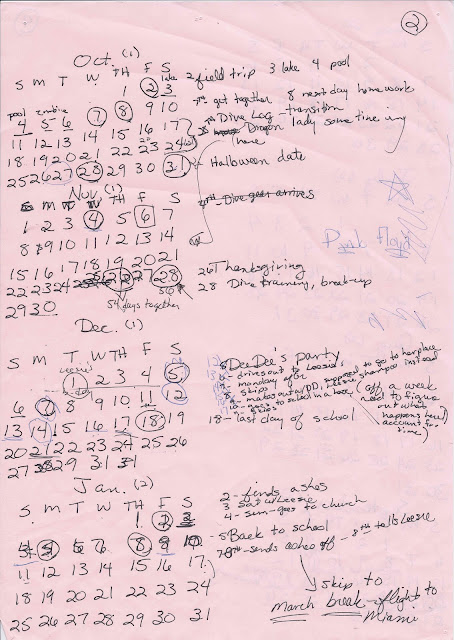 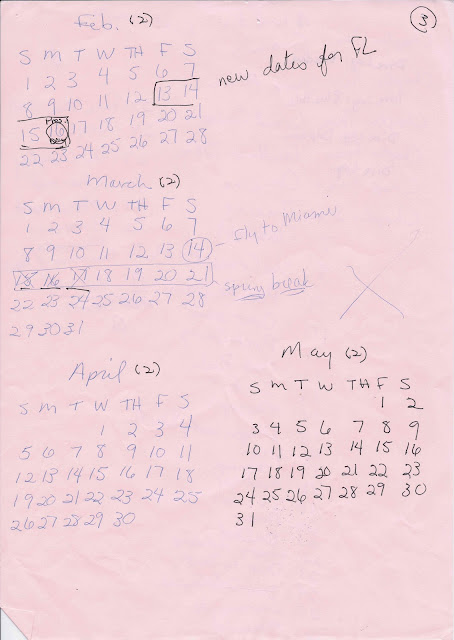 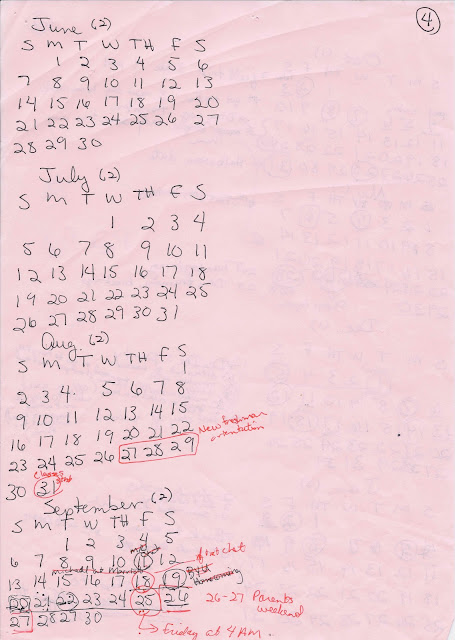 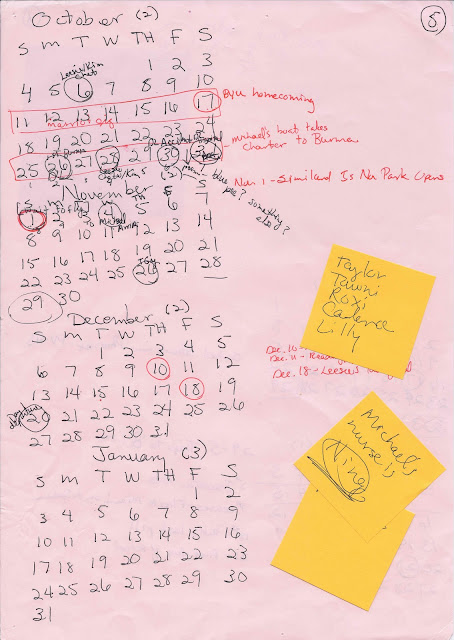 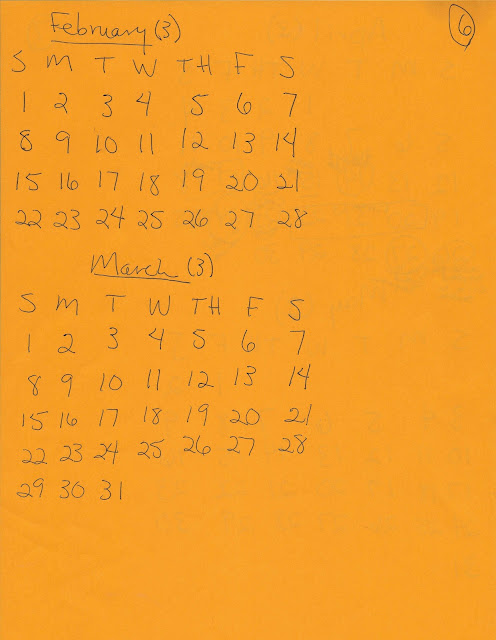 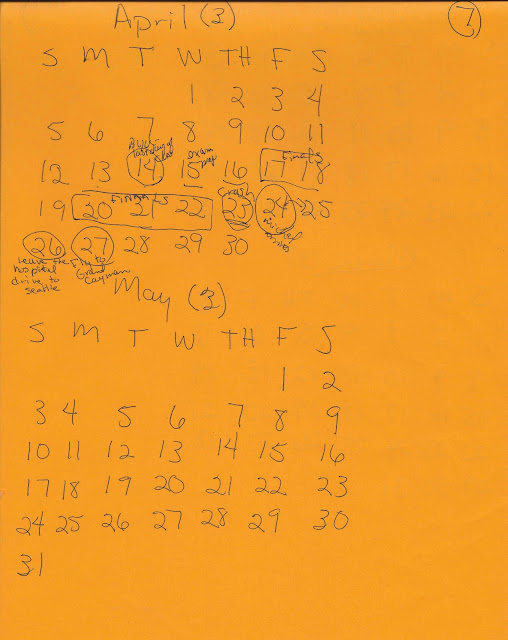