I spent the morning trying to figure out how to get Michael and Leesie from Kellogg, Idaho making a late night escape (where I left them at the end of UNBROKEN CONNECTION) to Grand Cayman.

I was going to have them fly out of Spokane, but I discovered this morning that there ARE NO LATE NIGHT FLIGHTS OUT OF SPOKANE. Shoot. I can't go back and change the scene--UNBROKEN CONNECTION is already published. Big confession. I purposefully did not look up the flights when I finished UNBROKEN CONNECTION because I didn't want to discover what I discovered this morning. I love them stealing off into the night.

What to do? What to do? They can't go to the Spokane Airport and catch a flight the next day. That would be too hard on Leesie, and her parents would catch them. That's the first place her Dad would go. Michael would figure that out, too. He's way smarter than I am. What about Montana? Missoula? Butte? They have even worse connections than Spokane does. Salt Lake? Too far. And with all of those options Leesie would have to go back over the pass where she crashed the pickup. Dramatic but sadistic.

Ah, Seattle! Perfect. Six hour drive away. 6 AM flight to Chicago and then Miami. They arrive in Miami in time to get the American Airlines 6:25 PM flight to Grand Cayman! Yes.

I know you're shaking you head. This is fiction. Why don't I just invent the perfect flight out of Spokane. I get kind of crazy about details like this. I think it adds authenticity to be as accurate a I can in the real things. And I don't want anyone from Spokane to say, "Hey, that's dumb. There aren't any midnight flights to Grand Cayman from Spokane." It's fiction is a lame excuse for being lazy.

And solving this problem realistically adds to the storyline.  Here's my research, notes and rough draft of Leesie's first poem. This will go BEFORE the dive log I posted on Friday. Sorry it's out of order. You'll need to get used to that. Leesie's poems are harder to write. Michael's dive logs always lead me. 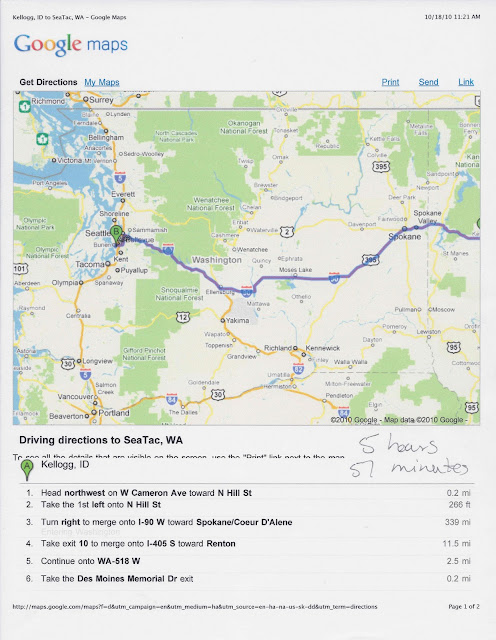 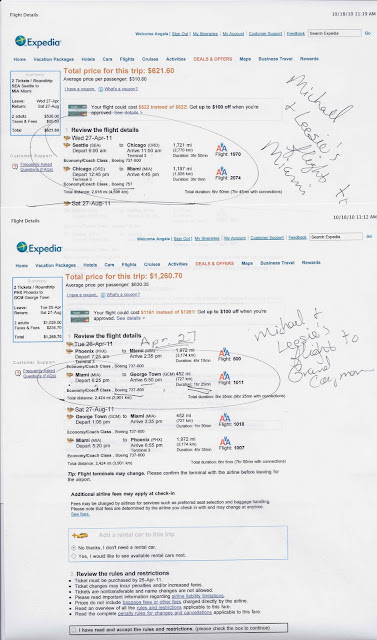 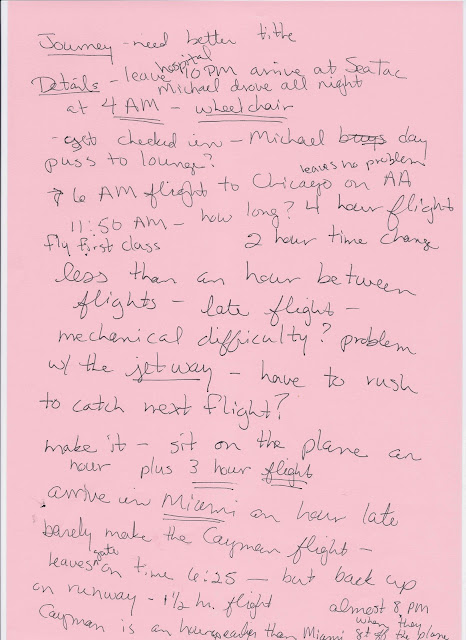 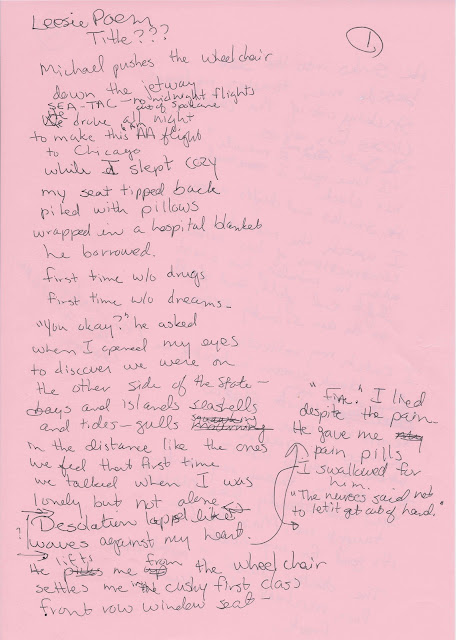 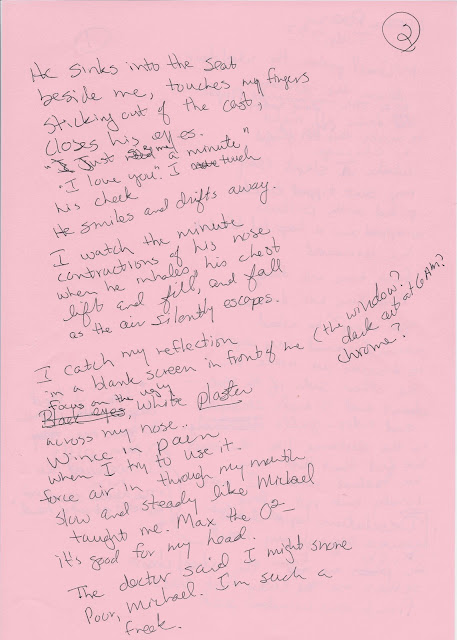 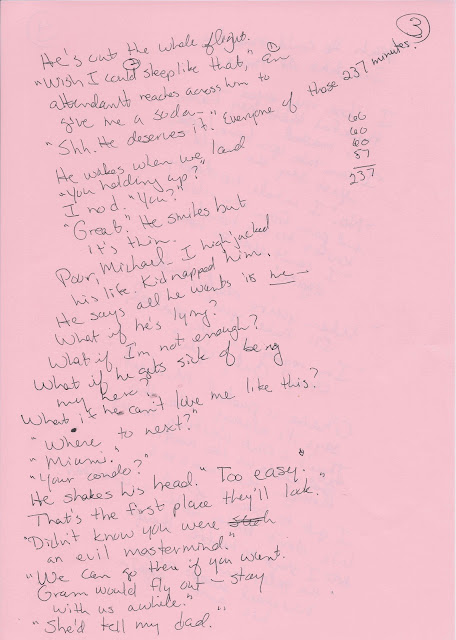 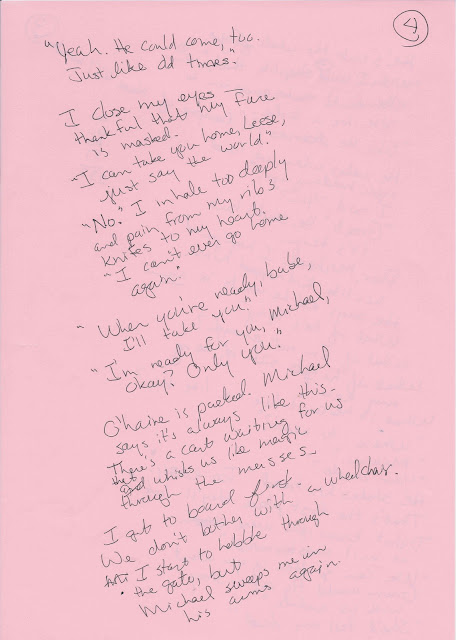 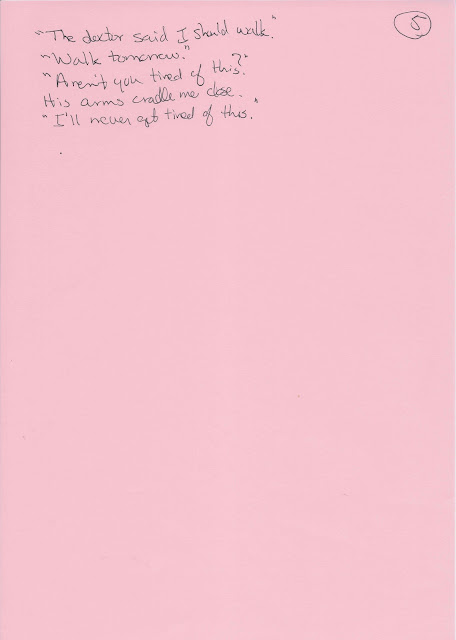 And yes, my poetry drafts are always crooked. Usually flat like this. I really work it as I revise. I have to go back to it several times before it feels good. I'm itching to do that right now. I'll post the revision tonight.
Posted by Angela at 4:14 PM