Today, the tour stops by Susan's Bloggin Bout Books review blog. She's a tough reviewer, and I love her style. Blunt, open, always great writing. Check out the interview and join the conversation on her reviews of UNBROKEN CONNECTION and CAYMAN SUMMER . Susan was one of the first to review TAKEN BY STORM. Huge, thanks, Susan. I appreciate all your support.

Several bloggers have joined the tour. Check out the updated calendar. Some time has opened up the last week of June, and there is still room in July. I'm enjoying the relaxed pace of this tour.

To really get a feel for the farm setting, you must see more than houses and barns. It's all about wheat fields. David's photos give you a rare look at what I think is one of the most beautiful sights in the world. Rolling fields waving with golden wheat. He even got shots of combines harvesting. Who needs alps and oceans? Give me the rolling Palouse country in Eastern Washington.
Okay. I confess. I'm crazy about wheat fields. Especially if they don't just lie flat. My original title for TAKEN BY STORM was LIV2DIV, but my editor didn't think that sounded like a love story. I agreed, so we started trying to come up with a new title. She brainstormed with her colleagues at Razorbill and sent me lists of horrible titles. I brainstormed and sent more awful suggestions. The very worst of my suggestions--but oh so telling--was "Wetsuit in my Wheatfield"! True story. I actually suggested that. Phew! What a relief it was when my editor was inspired by the way Michael talked about Isadore "taking" him. Voila! TAKEN BY STORM. We jumped up and down in unison--even though she was in New York and I was in Lausanne. I talked to another editor who'd wanted to buy TAKEN BY STORM after it came out. She'd loved the original title--I could have kept LIV2DIV. What do you think? Which do you like better?

Okay, I promised you combine harvesters. You can almost sense their motion in these pictures. I used to love to sit and watch them cut the steep fields in front of our house. It's an ungainly ballet. Somehow majestic. The Palouse Empire is one of the most fertile places in the world. Our topsoil goes 30 feet deep. Most farmers only have inches to work with. 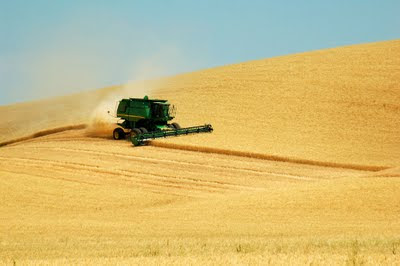 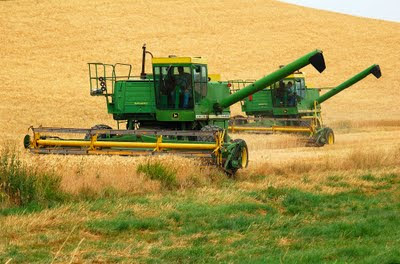 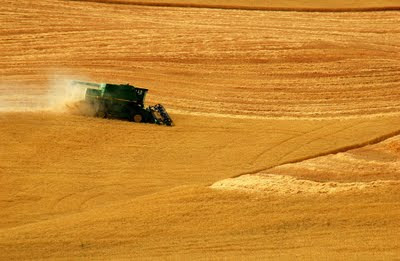 And last but not least, this beautiful photo. Dave's an artist. I love this one. I featured it in TAKEN BY STORM's original trailer. 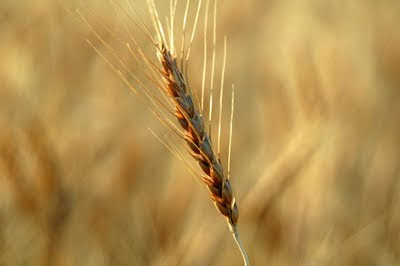