Chapter One--most likely the second half

Here's the revision I promised. This chapter will start with a Leesie poem that I need to research and then force myself to write. The dive log is just page 1-3 of my unintelligible messy rough draft. I like to keep chapters pretty short. Leesie's poem and this dive log should be enough for chapter one. At this stage, I shift chapter breaks around a lot. Or don't even think about them. Another Leesie poem comes after this dive log. This feels like a good, dramatic place to break. What do you think?

Hey everybody! Welcome. Thanks for dropping by. I'm so nervous this morning. I thought this would be a great idea--to let you all see the scribbly mess I start with--but it is making me kind of sick to my stomach. We're friends, right? And I know many of you are aspiring novelists. I'm posting this for you. If you just want the story, skip down to my next post to read the first revision of this scribbled scene. Rough drafts are incomplete, skeletal, sometimes the scenes get cut, and they always need a massive makeover. I write my first drafts by hand. I thought about typing this up so you can read it better, but I'll never get this novel written if I do that. And I would so cheat and edit it--I'm sure. I don't know if I'll scan in my rough drafts every day, but I will on occasion. I promise. I won't wimp out.
I'm an ARTIST WAY (Julia Cameron) devotee. My practice of writing morning pages helped me learn to tune into and capture scenes floating in my head when I wake up. It's an amazing tool and has led me to way more creative output than I ever thought possible. I scribble, scribble--in my bed, in my pjs--sometimes for minutes, sometimes for hours.
When I take my scribbled pink pages--today I'm using up some lovely pale peach, but I'll be back to pink soon--to my computer and type the scene for the first time, I revise as I go, trying to impose a little order. I'm working on the revision today and will post it this afternoon.
Okay. Enough stalling. Here's the scribbly mess. See you CAN write a novel. Look what a disaster I start with. Michael's dive logs ALWAYS come to me first. This will be preceded by a Leesie poem about their journey--which I need to go plot out on Expedia! 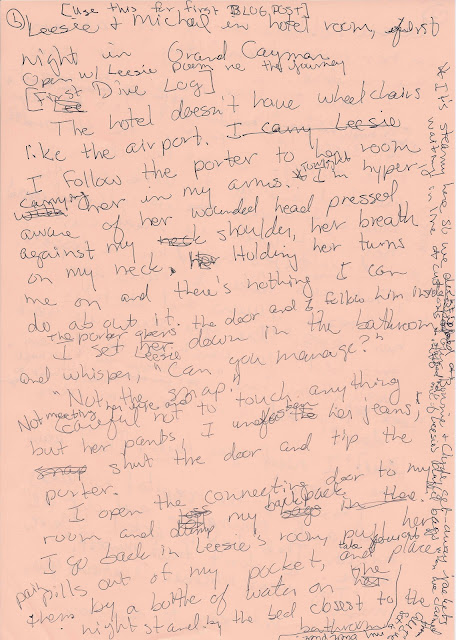 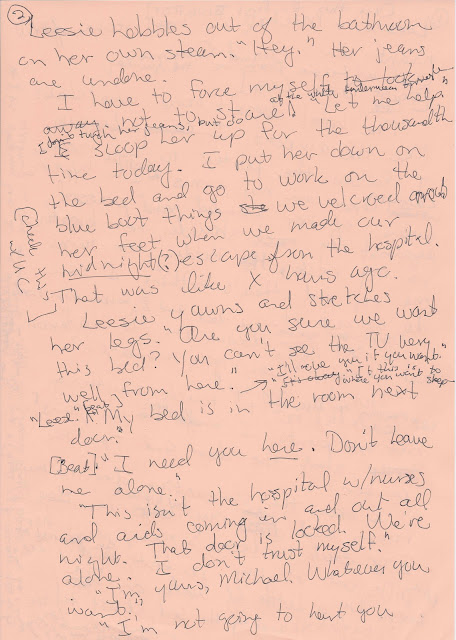 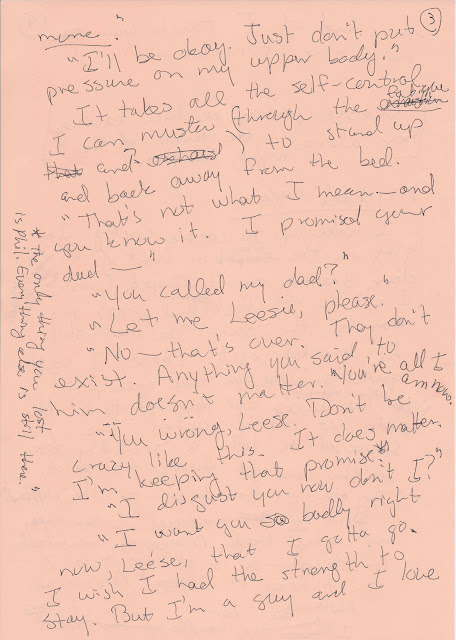 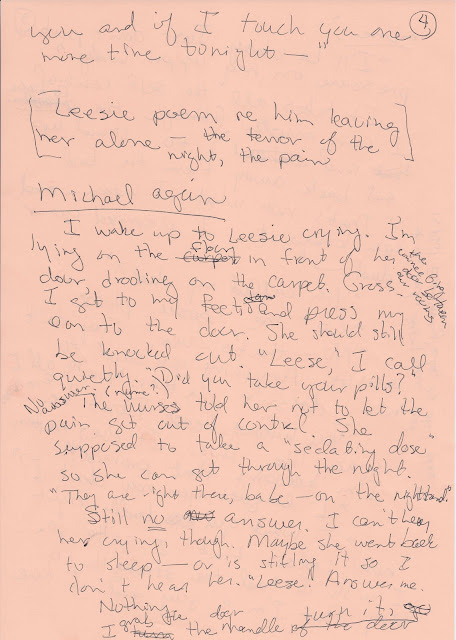 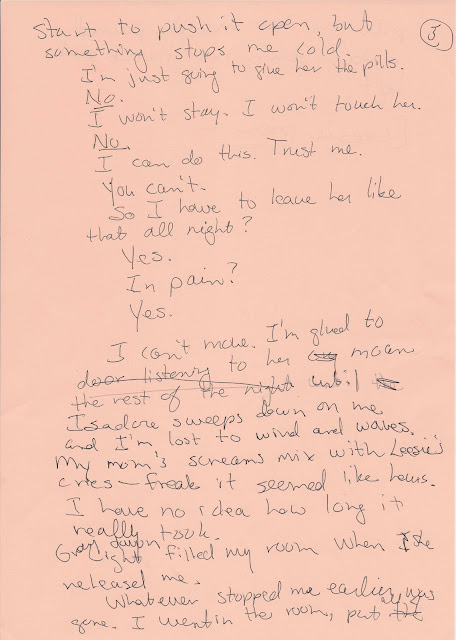